Z is for Zambia 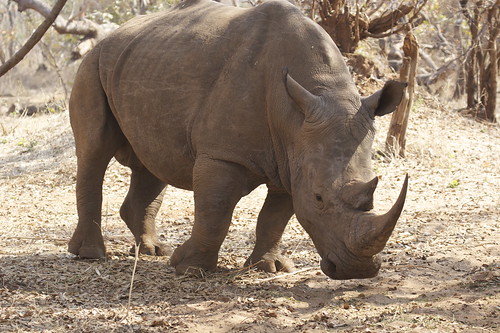 But a good reason to go to Yemen came along. And I am so very pleased. I enjoyed Yemen so much more than I had expected (Y is for Yemen) that I realized I needed to give more consideration to other places I thought I didn’t want to go. Africa came immediately to mind.

I planned to retire from the Foreign Service once I had completed 20 years. Everything about the system was geared to encourage Foreign Service employees to leave after 20 years, except for the few who managed to be promoted into the Senior Foreign Service. I didn’t expect to reach that level, so I planned my life assuming I would retire in 2005.

In 2003, I actively sought as my final assignment an opportunity to see as much of Africa as possible in what I assumed would be my final two years: roving management officer. For my last two years, I would serve temporarily in whatever management positions the Bureau of African Affairs felt were most important to fill when the gap between leaving and arriving employees was long or when vacancies occurred unexpectedly, due to illness or other emergencies.

Plans have a way of being interrupted, especially when living overseas. Instead of spending two years in Africa as a roving management officer, I was only there for nine months. And that meant I only experienced three countries: Madagascar (A is for Antananarivo), Eritrea (E is for Eritrea; K is for Keren), and Zambia.

My stay in Zambia was the shortest: three weeks. Far too short. So I’m “extending” it through reading.

Zambia is the setting for a number of memoirs. Here’s one I just finished. Watch for my review of it soon. (A preview–I gave it five stars.)

(From Goodreads.com) “In Don’t Let’s Go to the Dogs Tonight, Alexandra Fuller remembers her African childhood with candor and sensitivity. Though it is a diary of an unruly life in an often inhospitable place, it is suffused with Fuller’s endearing ability to find laughter, even when there is little to celebrate. Fuller’s debut is unsentimental and unflinching but always captivating. In wry and sometimes hilarious prose, she stares down disaster and looks back with rage and love at the life of an extraordinary family in an extraordinary time.”

The following are now on my “Want to Read” list:

(from Goodreads.com) “When former journalist Adeline Loh could no longer endure the brain-deadening routine of work, she did what any sensible person would do: flee Malaysia with a paranoid vegetarian named Chan and go ambling in the lion-infested wilderness of southern Africa. However, upon arriving in Zambia, the bush virgins realised nothing from the Animal Planet documentaries had prepared them for survival in the savannah. With baboons, hippopotamuses and buffaloes conspiring to tear them into pieces, our addled heroines rattled along crater-pocked tracks, canoed through the crocodile-infested Zambezi River, flew over Victoria Falls on a little tricycle with wings, stalked incestuous rhinoceroses and peed amidst thorny shrubbery. And in more life-preserving moments, they pondered antimalarial druggies, sleazy hunters and muscle-bound native women while hoping to achieve their main goal—not to get eaten alive!

“In Peeing in the Bush, Loh recounts in candid prose her fun and engaging misadventures in Zambia with a rich mix of anecdotes, commentary and deft description.”

This one is in my hands, written by the same author as the one just finished so I am looking forward to starting it.

(from Goodreads.com) “When Alexandra Bo Fuller was in Zambia a few years ago visiting her parents, she asked her father about a nearby banana farmer who was known as being a tough bugger. Her father’s response was a warning to steer clear of him: Curiosity scribbled the cat, he told her. Nonetheless, Fuller began her strange friendship with the man she calls K, a white African and veteran of the Rhodesian War. A man of contradictions, K is battle-scarred and work-weathered, a born-again Christian and given to weeping for the failure of his romantic life and the burden of his memories. Driven by K’s memories of the war, they decide to enter the heart of darkness in the most literal way, by traveling from Zambia through Zimbabwe and Mozambique to visit the scenes of the war and to meet other veterans. The result is a remarkably unbiased and unsentimental glimpse of life in Africa.”

(from Goodreads.com) “It is 1972 and James and Katrina Martin set off for a well earned month of vacation from Zambia to South Africa and England. They return to find that James is to be offered an opportunity to start a new mine away from the Zambian Copperbelt, an opportunity that he takes. They travel to the Mtuga operation which is located just off the Great North Road in the Mkushi district of Zambia. The mine is sited on old workings from the 1920’s and is being re-opened as a surface mine. The Mkushi District is better known for its tobacco and maize farms and in the late 1970’s for the camps of the Zimbabwe People’s Revolutionary Army (ZIPRA), an organization that they will encounter a few times.

“Life is complicated when the Rhodesians close the border with Zambia and Zambia retaliates, potentially stranding all their new mining machinery outside the country. They must formulate a plan to get everything to the mine and the operation started on time and to budget. Things are further complicated by corporate politics and rivalries that create problems along the way.

“Although now married for almost three years, James and Katrina continue to discover each other and their romance and desire for one another is as strong as ever. They take every opportunity they can to be away and alone together in the more remote parts of Zambia.”

(from Goodreads.com) “1898, Tsavo River Kenya, the British Empire employs native workers to build a railroad. Construction comes to a violent halt when two maneless lions devour 140 workers in an extended feeding frenzy that would make headlines and history all over the world. Caputo’s Ghosts of Tsavo is a new quest for truth about the origins of these near-mythical animals and how they became predators of human flesh.”

You may recognize the lions as the titular characters in the 1995 movie, The Ghost and the Darkness. For the original book on which the fictionalized movie was based, see The Man-Eaters of Tsavo.

And there is also fiction.

(from Goodreads.com) “In A Cowrie of Hope Binwell Sinyangwe captures the rhythms of a people whose poverty has not diminished their dignity, where hope can only be accompanied by small acts of courage, and where friendship has not lost its value.”