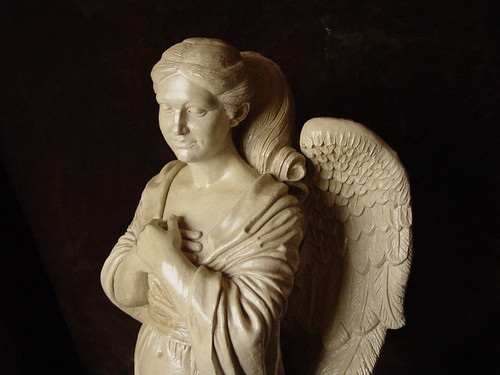 At the end of my first semester at California State University, I traveled back to Minnesota for the summer. I had hoped to find either a summer job or a volunteer opportunity, but by the time I arrived, car troubles had drained my financial resources, and I knew I needed a job.

Instead, however, I learned Mom had worked on my other option: she had volunteered me to drive and translate for a Bolivian lay minister as he met with sugar beet farm workers who traveled from Texas to Minnesota each summer. The minister, Ruben, spoke no English and didn’t know how to drive. He had assumed he would be able to walk from farm to farm. The distances between farms in the US astonished him, as did the fact that, while the farm workers all spoke Spanish, almost none of the farmers or those working in businesses did.

Much as I thought I should find a job, I agreed instead to honor Mom’s commitment because of her conviction that something good would come from it. I also knew that if I really needed more money, all I had to do was ask her. I didn’t want to, but I could.

The churches who arranged for Ruben’s mission told me they couldn’t pay me for the work; they would reimburse me for my gas.

I spent the next six weeks filling the tank each morning, then driving the 60 miles to the farm where Ruben stayed. Each day from that point I drove more than a hundred miles on gravel county roads in four counties, Cass and Traill in North Dakota and Clay and Norman in Minnesota, so that Ruben could meet with the families of the farm workers. My tank was nearly empty each evening when I returned home.

One afternoon, Ruben pointed out a group of workers in a field. He asked me to pull over so he could talk with them. Usually he only met with the families of those who worked in the fields, in the cabins the farmers provided for them. I should have told him we shouldn’t stop them from working. But trying to figure out how to say that in Spanish was difficult. So I gave in. We were on a gravel county road with what looked like a wide, grassy shoulder. I pulled over and immediately felt the car begin to roll. Within seconds, the passenger door rested against a sign warning of a curve in the road ahead. The only sign for miles. Let me repeat that: the – only – sign – for – miles on that road.

Ruben, in the passenger seat, couldn’t get out, and the car tilted enough to make it difficult for me to open my door.

The workers saw what happened, ran from the field to the road, and pulled and pushed my car back onto the road. Shaken by what had almost happened, I silently thanked my guardian angel and told Ruben I needed to go home early that day. He understood.

One response to “Guardian Angel III”