M is for Moldova 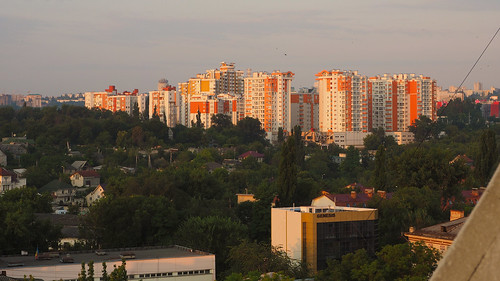 When the former Soviet Union broke apart, the small country of Moldova was one of many that emerged from its ruins. Many pundits expected it wouldn’t last, that it would be absorbed by its neighbor to the west, Romania, as part of a grand reconstruction of what had been the country of Romania before the end of World War II. But on the ground, Moldova looked very different from Romania.

While all of what makes up modern day Moldova was once part of Romania, the language continued to be written in Cyrillic script in Moldova, in contrast to the adoption of the Latin alphabet in Romania back in the 19th century. The switch from Cyrillic to Latin alphabets in Moldova occurred in the last decade of the 20th century, more than 100 years later.

By the time I arrived in Moldova in 1992, the street signs had all been replaced to display the names in the Latin alphabet, but the transformation was not yet complete. The ambassador at the US embassy in Chisinau spoke Romania, not Russian. The political/economic officer spoke Russian, not Romanian. They attended a concert together where the program handed to all attendees was in Moldovan in Cyrillic script. The Russian speaker “read” the words aloud for the Romanian speaker to translate into English, the only way either of them could understand the program.

After World War II, the Soviets moved ethnic Russians into positions of importance in the Moldovan capital to run the banks, factories, and schools. This further diminished the role of the Romanian language, which by the time of independence was used primarily on the collective farms. Since Russian was the language taught in the schools, many people who spoke Romanian only did so at home. The version they spoke often made them sound like peasants, not professionals.

Yet in 1989 the state language law declared that Moldovan citizens have the right to choose Russian or Moldovan when doing business with the government. A deadline in the early 1990s was specified. Educated Romanian speakers had no difficulty meeting this requirement.  The deadline has been indefinitely postponed because of the large number of Russian speakers who cannot speak Moldovan.

The embassy had a difficult time finding Romanian speakers in Moldova who also spoke English. The Romanian speakers often spoke French or Spanish in addition to Russian. As a result, we had to recruit staff members who were at least trilingual–Russian, Romanian, and English.

A British comedy writer, Tony Hawks, wrote a book about his effort to win a bet that he could play and beat all the members of the Moldovan national football team at tennis. At stake–the loser would have to strip naked and sing the Moldovan national anthem on Balham High Road in London. You don’t need to know anything about Moldova or tennis to enjoy the book. If you read it, I predict you will, like Tony, agree that Moldovans are the friendliest people in the world.

One response to “M is for Moldova”