C is for Cairo 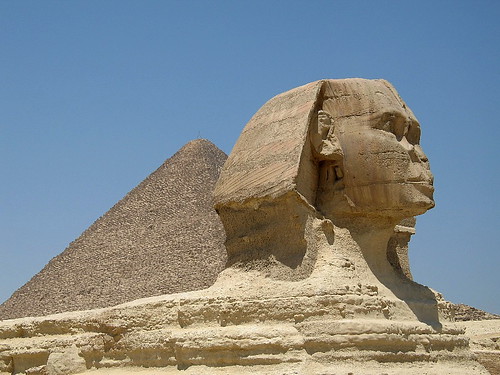 I didn’t want to go to Cairo. I had just arrived in Abu Dhabi, United Arab Emirates, in August of 1996 to take up my responsibilities as management officer of the US Embassy there. I was eager to get started. But instead, I was sent for a three-day conference in Cairo less than a week after arriving. The conference was important. But the financial management officer was also going, and I didn’t see why we both needed to go. But the boss insisted. So I went.

On the first day of the conference, our seats were assigned. Table tents with our names and the name of the diplomatic post we represented were already on the tables. Mine was in the front row. Abu Dhabi had the alphabetical advantage I rarely enjoyed personally.

After getting settled, I turned around and noticed that the name on the table tent just behind me was familiar, Ohaila Ataya. Almost ten years before, Ohaila worked for me at the US Embassy in Doha, Qatar. I hadn’t seen her since.

I was so pleased to see her name, and then to see her come forward to take her place, I nearly cried. We hugged and chattered back and forth about how happy we were to see one another after so long.

I had hired Ohaila as the financial management specialist in Doha and I believed that she had learned much from me. But I had learned so very much more from her.

Ohaila is Palestinian. She and her sister had lived in Doha most of their lives since her family lost their home in what had been the British Mandate of Palestine. Less than a year before, their parents left Qatar as immigrants to the US. Ohaila and her sister had to stay behind, living with their aunts, working at the US Embassy.

From Ohaila, I learned much about the Palestinians who were displaced when the state of Israel was formed. Most of them left their ancestral homes. Many ended up in refugee camps in Jordan. Others with more means took jobs in Saudi Arabia, Kuwait, Qatar, Bahrain, or Oman. Some emigrated to the United States.

The generation of Ohaila’s parents sent their male children to the US, Canada, or Europe to university, hoping they would make a better life for themselves and their families elsewhere–once they stopped dreaming that Palestine would be returned to them. That generation kept their female children close, planning marriages to the young Palestinian men sent off to other lands so that they, too, could escape. But many of the Palestinian men fell in love with and married the women in the countries of their studies. So the Palestinian women left behind became spinsters, denied children of their own because of the lack of eligible men to marry and the lack of freedom to choose a non-traditional life.

And yet Ohaila always smiled. She was a devout Muslim woman who adhered to the pillars of Islam while at the same time respecting the faith of others around her. She explained aspects of Islam that Westerners find so difficult to understand. For example, I had always heard reference to how simple it was for a man to divorce his wife by saying “I divorce you” three times. But Ohaila pointed out that the requirement to say it three times was to provide assurances to women that a man was certain about what he said, not shouting it in anger. In context, Ohaila’s explanation made sense.

Ohaila never blamed others for her situation. She viewed everything in her life’s path as an opportunity. She demonstrated her faith every day. Her example gave me reason to want to understand more.

And Cairo gave me an opportunity to connect with her again. So while I didn’t want to go, I’m glad I did. I even saw the pyramids and rode on a camel.

4 responses to “C is for Cairo”