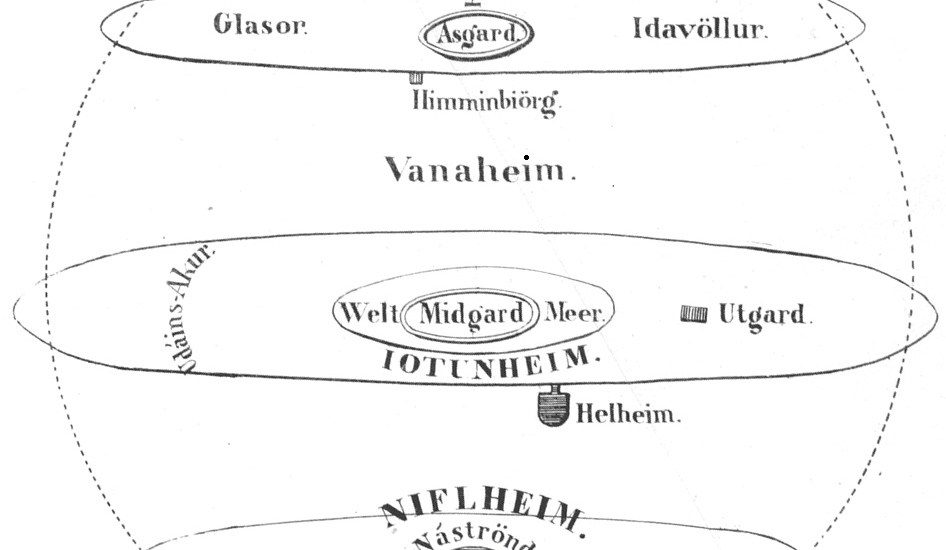 Asgard (Old Norse Ásgarðr, “Enclosure of the Aesir)” is one of the Nine Worlds of Norse mythology and the home and fortress of the Aesir, one of the two tribes of gods (the other being the Vanir, who have their home in Vanaheim). Asgard is located in the sky[1] (albeit spiritually rather than physically, of course) and is connected to Midgard, the world of humanity, by the rainbow bridge Bifrost.

My first memory of hearing the word Asgard is not from having heard fairy tales as a child, though I grew up in an area and at a time when nearly everyone around me descended from Norwegian immigrants. The first time I recall hearing the word was while watching an episode of the late-1990s TV show Stargate SG-1.

In Stargate SG-1, Asgard referred to people, not a place, and the Asgard High Council consisted of a group of clearly important people. That is the connotation I took away from the SG-1 references. Asgard, whatever the word refers to, is important.

Norse mythology, with all its gods, giants, magical tools, and mystical places, has become entwined in many aspects of popular culture. In Neil Gaiman’s 2017 book, Norse Mythology, the author renders the myths and tales in contemporary language that tell a comprehensive tale of how the gods and their followers strode on and interacted with the beings that fill the nine-level cosmology of Norse mythology. Other examples of how Norse mythology is being tapped for story telling include the obvious, such as the TV show, Vikings, as well as not so obvious references in Jim Carrey’s movie, The Mask, in which the mask he dons changes his life dramatically due to its possessing the powers of Loki, the trickster of Norse mythology.

Dozens of video games involve characters or themes that trace back to Norse mythology. Comic books, graphic novels, and manga and anime in the United States, Europe, and Asia also feature Norse mythological characters. Marvel Comics’ Avengers series include Thor as a hero and Loki as a villain. Gaiman incorporated mythic elements in many of his novels before he delved into providing the source for those elements in Norse Mythology. J.R.R. Tolkein’s works rely on Norse mythology for the descriptions of his human-like, but not human, characters, such as elves, dwarves, and hobbits. Dozens of books going back to as early as 1890 borrowed characters or themes or even entire story plot lines.

I know my parents read me fairy tales with a connection to Norway and the rest of northern Europe when I was a child. Perhaps all those stories with references to gods and goddesses had been removed because they might be confusing to a child being raised in a Lutheran church who attended Sunday School every week during the school year. Perhaps that’s why I never heard of Asgard. I heard, instead, of heaven. Unlike Asgard, in the Christian tradition, heaven isn’t just a place for God. It’s a place, to use Daniel McCoy’s words, albeit spiritual rather than physical, that I can hope to go.

Do I expect to find Asgard on my trip to Norway. Of course not. But I will be listening and watching to see if I hear anyone mention it or see anything in either words or images. And that will give me a starting point for a conversation.

Image credit: By Image extracted from page 039 of Histoire des peuples du nord, et des Danois et des Normands, by WHEATON, Henry. Original held and digitised by the British Library. Copied from Flickr. Note: The colours, contrast and appearance of these illustrations are unlikely to be true to life. They are derived from scanned images that have been enhanced for machine interpretation and have been altered from their originals. This file is from the Mechanical Curator collection, a set of over 1 million images scanned from out-of-copyright books and released to Flickr Commons by the British Library. View image on Flickr   View all images from book   View catalogue entry for book.  |   Public Domain Link