H is for Hungary 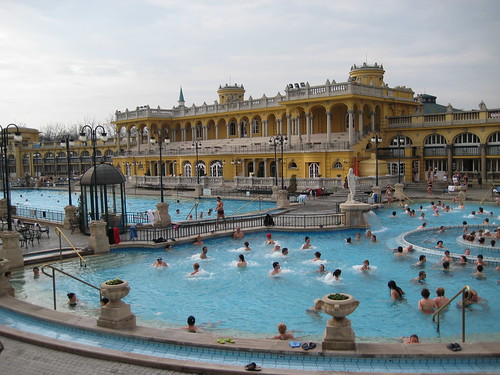 Five days in Budapest, Hungary, in October 2000: that’s all the time I spent there. On the Thursday of that week, October 12, while I was attending a conference on travel issues in Budapest, the USS Cole was attacked in Aden Harbor on the southern coast of Yemen.

What’s the connection? Why does that matter?

If it were not for the travel conference, I would have been in Yemen, possibly even in Aden, on that day. Two of my colleagues were in Aden, spending the long weekend coinciding with the US embassy’s observation of Columbus Day.

I have always felt the presence of a guardian angel in my life. Even when things go wrong, there is a way that true disaster is averted. For example, the engine of my 1969 VW bug blew out a piston the summer I drove it from San Francisco to my home town, a distance of more than 2000 miles, but the piston didn’t blow until I was just two miles from home.

And then in October 2000, my guardian angel kept me out of the danger brought by suicide bombers in Aden where 17 American sailors were killed and another 39 were injured. By the time I returned to Sana’a, my colleagues were exhausted. Everything had changed.

But because I was not in town when the suicide attack occurred, I was refreshed, as though simply being in proximity to Hungary’s famous wellness spas was enough.

2 responses to “H is for Hungary”