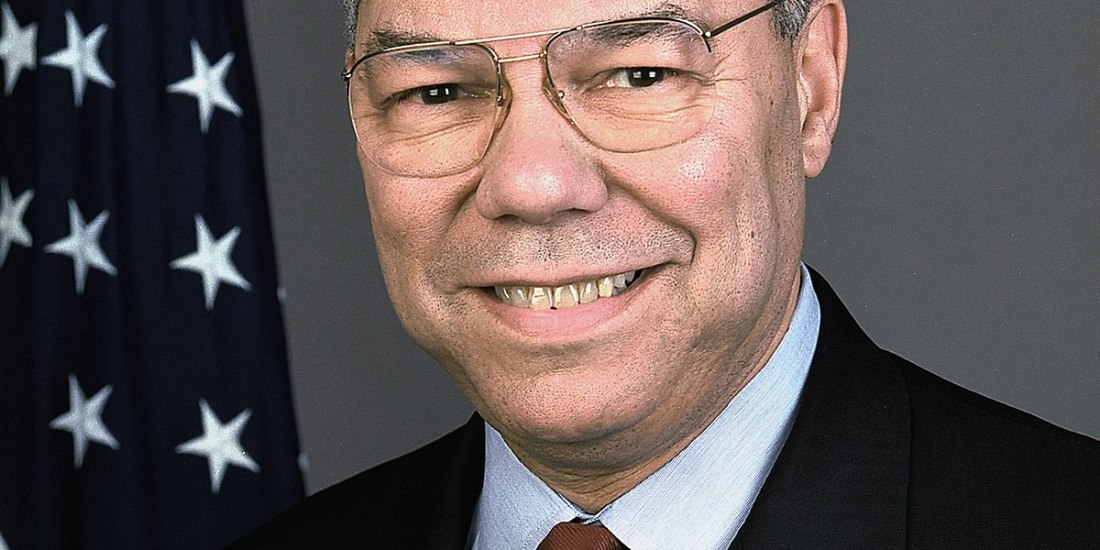 I never met General Colin Powell. But I experienced his support for me personally one day in January of 2001, early in the week he took up his responsibilities as Secretary of State.

I was in Sana’a, Yemen, that day, three months after the USS Cole had been hit by terrorists off the cost of the Yemeni port of Aden in order to refuel. Seventeen American sailors died in that attack. In response, the FBI and NCIS sent teams of investigators to determine who was behind the attack. Their presence meant high-ranking civilian and military leaders frequently came to Sana’a to consult with Yemeni president Ali Abdallah Saleh. The FBI director had visited within weeks of the attack. And now, in January, the embassy was preparing for a visit by the general in charge of Central Command.

The general expected to arrive in Sana’a for the meeting, but President Saleh was in Taiz, the third largest Yemeni city situated in the southwest of the country. Once the political capital of Yemen, Taiz was still known as the cultural capital of Yemen. Saleh requested the meeting take place in Taiz. In order for embassy staff to be involved in the discussions, the ambassador, deputy chief of mission, defense attaché, public affairs officer, political officer, and the general’s advance security detail arranged at the last minute to fly from Sana’a to Taiz where the general would meet up with them for the consultations with the Yemeni president and his advisors.

Under normal circumstances, the entire top leadership of the embassy would never travel together, leaving the embassy without both the ambassador and deputy chief of mission. But the deputy chief of mission had only arrived in country a few days before and the man who had filled in until he arrived was still in Sana’a. He remained in charge for the duration of the trip. Other key staff members at the embassy were the two members of the Regional Security Office, the economic officer, the two consular officers, the embassy doctor, and me, the administrative officer. Fortuitously, the regional psychiatric officer from a neighborhing embassy was also in town for one of her quarterly visits.

Around noon, I was having lunch in the cafeteria when the assistant security officer came to the door and motioned to me to join him in the hallway. When I got there, instead of telling me why he had me join him, he told me to follow him and led me up the stairs to the Community Liaison Office where the senior security officer and regional psychiatrist were waiting for the return of the community liaison office coordinator, the wife of the defense attaché who was with the ambassador’s group.

Before she arrived, the senior security officer explained that we were here because the ambassador’s plane had been hijacked. The hijacker demanded the plane be flown to Baghdad. He wanted us to be with him when he told the defense attaché’s wife about the hijacking. And that’s when I discovered that swooning is a real thing. My knees buckled and I leaned against the wall to avoid falling.

The five of us then went up to the Deputy Chief of Mission office where the TV showed CNN reporting on the event. Shortly after we arrived, the phone rang and we learned the plane had just landed in Djibouti and all the passengers had safely deplaned.

Because I had seen the reporting on CNN, I sent a message to my parents to let them know that I was fine and they shouldn’t worry.

I don’t know if the general met with Saleh on that trip. Too many other things consumed my time and mental energy the rest of the day. I know he arrived in Sana’a about the same time as the plane that returned the ambassador and others to the capital. He joined others at dinner at the ambassador’s residence that evening.

The next day the ambassador told us about a remarkable phone call she received in the middle of dinner. Secretary Powell called to let her know how pleased he was that she and the others were all safe. She hadn’t expected such a call. Had any other Secretary of State been in his place, none of us would have expected a call about an event that ended well.

That’s when I knew that Secretary Powell truly had our backs. All of ours.