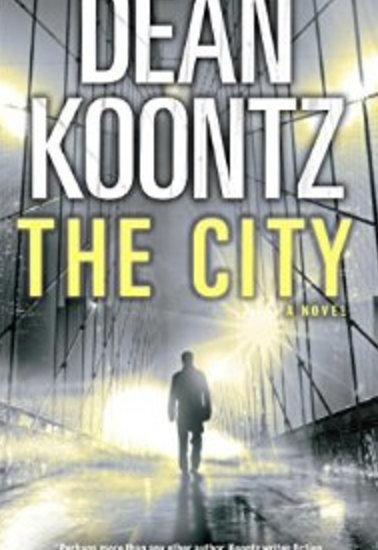 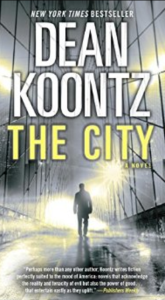 Dean Koontz knows how to tell a story. And his readers know there will be some fantasy, magic, or horror in his stories. In The City, there is no horror, and the fantasy or magic is understated, treated almost symbolically, as nine-year-old piano prodigy Jonah Kirk’s tells his story of confronting evil and protecting his mother from Jonah’s father who abandoned her and the near psychopathic group he ends up following.

Jonah experiences troubling dreams—the magic in the novel. Convinced there is truth in the dreams and that it is essential that he act on the knowledge he gains through the dreams, Jonah recognizes he must choose carefully whom he will tell and turn to for help. His choice: Mr. Yoshioka, a middle-aged neighbor living alone in an upstairs apartment, though he shares only as much as he believes he must to gain Mr. Yoshioka’s cooperation. The unconventional partnership offers both Jonah and Mr. Yoshioka reconciliation for events in the past and hope for the future.

Jonah doesn’t tell his mother about his fears because of his concern that, as the man in the family, he must protect her. Each of his thoughts and actions is believable for a nine-year-old boy. And because his behavior is reasonable, I willingly set aside the mystical source of his knowledge and enjoyed Koontz’s narrative. Jonah’s tale is about his childhood, but he tells it as the 50-something man, looking back, sharing with us both what he learned at the time and the larger lessons he has since realized as an adult.

I found the perspective of the tale—from the viewpoint of a child—refreshing. Because of this as well as the superb writing, I liked this book very much.